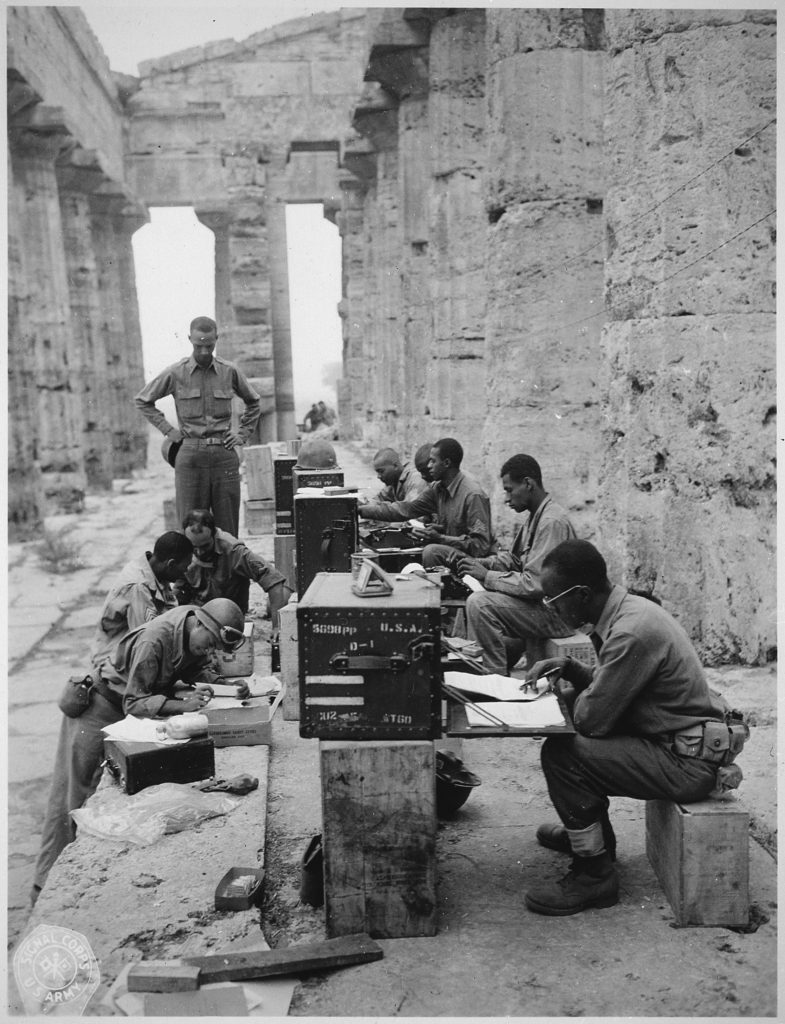 One of the most famous images frames a group of American soldiers assigned to broadcasting inside the temples. The soldiers are men of colour, indeed in that period these soldiers were mainly entrusted with support and logistics tasks. Their location inside the temples perhaps responded to the logic of finding a place against which the Germans would not apply themselves with operations of massive destruction.

The image of the temples also recurs in the book “Naples 44” by the famous English writer Norman Lewis. As part of the British army, he notes the impact resulted from the vision of the temples in his diary, which will later become the famous book just mentioned. During the night of 9th September, he landed on the Red Beach of Paestum together with his comrades. The following day, when everything had been organized, there seemed to be an apparent calm. At the wide curve of the bay, fringed by thin brushstrokes of sand, distant mountains were the background, gathering masses of shadow in their innumerable folds. The soldiers saw the glitter of white houses among woods and orchards, and in the distance clusters of villages clinging to the top of the hills. Here and there, motionless columns of smoke signalled the presence of war, but the overall impression was that of a splendid, quiet late summer evening on a mythical beach of antiquity.

As the sun began to plunge majestically into the sea behind them, they walked aimlessly through that chirping forest, and suddenly they found themselves on its edge. A scene of supernatural enchantment was offered to their gaze. A few hundred meters away stood in a row, perfect, the three temples of Paestum, superb and shining with pink light in the last rays of the sun.

Drive your drone inside the columns of the temple on the site of the Archaeological Park of Paestum or for more information on timetables, here are the contacts

Image licensed under CC BY-SA 3.0 by V alfano – reproduces an asset owned by the Italian State 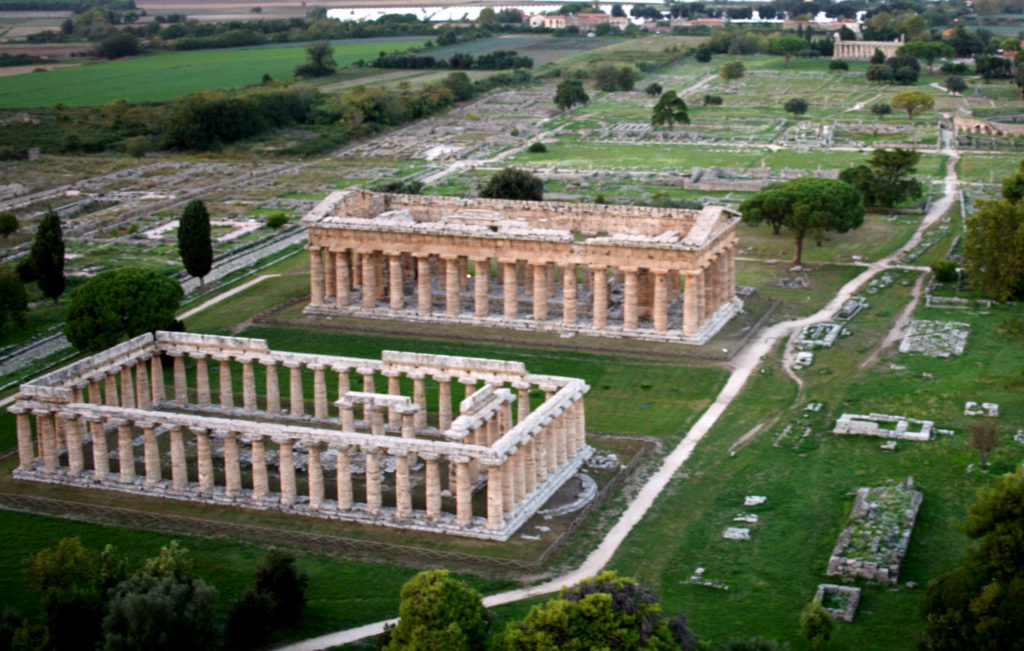