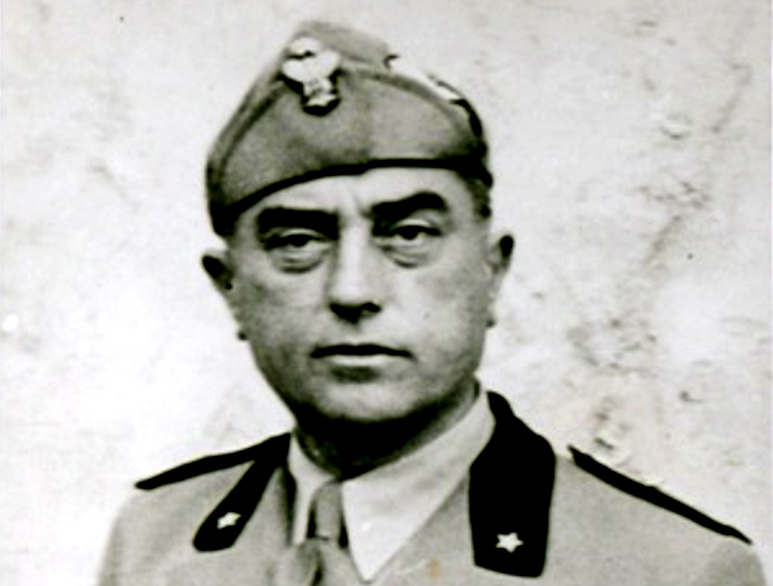 Unfortunately, on 8th September, while we celebrate both in Italy and in America, the war is far from being over.

In the night between 8th and 9th September in Buccoli di Conforti the first officer of the Italian army dies at the hands of the Germans: he is General Ferrante Vincenzo Gonzaga of Vodice, commander of the coastal defence division in the province of Salerno, killed by the Germans for refusing to give up arms. His division was supposed to oppose the landing by allied ships already facing the Gulf of Salerno for the largest air-naval operation before the Normandy landings the following year. Badoglio’s decision, kept secret from the whole army, had consigned him to martyrdom which the General did not escape in order to defend the uniform of the Italian army. Because of his refusal to surrender, Major Udo von Alvensleben killed him without hesitation.

In some letters addressed to his sister, the general had already expressed a strong discouragement at the progress of the conflict.

13th April 1943
“… I can’t describe you the moments I’m living. And unfortunately, we don’t hear a word from above to cheer us up. Nobody trusts in the government anymore, the various organizations have dissolved at the first danger; the peasants no longer deliver the grain to the heaps, they put it in demijohns and bury it. You get the impression of collapse … ”
30th July 1943
“Dear Maria, I am fighting against the general melting. Everyone is sick. At my command I lost five after the first bombings. Today I have to send another from my command and two from artillery to the hospital. One of the battle commanders is sick. And two senior adjutants too. What a beauty! Everyone is sick. But it doesn’t matter. We will try to hold on. What worries me, is a possible attack from behind by the Germans: tomorrow I will have batteries moved in order to dominate the streets and, if they move, I’ll open fire on them. I had the roads blocked by planting cannons. We hope they will shoot, in case of need”.
3rd September 1943
“I live and fight for my children to whom, with the memory of our father, I would also like to leave something made by me. […] I will remain in my place until the end, swallowing the bitter pill of seeing many and many officers who use all imaginable illnesses, all possible family needs to retire, as far as possible towards the North, as far as possible away from the war. It’s hard to get people to die, dad said. And he was right.”