The Avalanche operation in the Cloud: culture and innovation

The research of the cultural contents of the Avalanche project has always gone hand in hand with technological innovation since, in today’s world, the conservation (and dissemination) of knowledge cannot ignore the exploitation and potential offered by digital technologies.

In the 2019 edition in May we have already published the digital archive of the youngsters on the website www.avalancheday.org and the year now closes with a new important result that adds a further step to the project of making the city of Battipaglia a protagonist of enhancement of the Avalanche operation and of the whole territory, theatre of that important experience.

The digital archive/catalogue, being set up thanks to the Italian Open Source platform xDams (www.xdams.org), is now published not only in the traditional web form but, again via the Internet, also in Open Data format and more specifically in Linked Open Data.

What are Open Data and Linked Open Data

Open Data is a great tool for sharing knowledge because the information not only is published freely but it is also made reusable for further and different purposes, so that further knowledge is generated from knowledge. The information is published as “data” and therefore offered in an accessible manner so that it can be reprocessed. The characteristic of open data is that the reuse of data can take place automatically without being forced to extrapolate information from a post.

Let’s take an example: I have identified 10 places where there was fighting in 1943. I want to share this information with everyone, so I write a post, in which I describe the characteristics of these 10 sites, and I release my text under a creative commons license that allows anyone to use what I wrote. If someone is interested in reproducing all the text, he/she will have no difficulty but, if he/she wants to build an app in order to create a cultural itinerary, he/she must extract the information from my text (name, city, coordinates, opening hours, etc.).

Releasing this information as Open Data means building an output that contains only the essential data, extrapolated from the descriptive context, for example a minimum open data level can be constituted by the publication of an excel sheet.

All the major international and national organizations have been committed in recent years to promoting the dissemination of open data.

The main limitation of open data, in formats such as excel, is that I must upload the information to my database and, if the producer updates the information, I have to repeat the import.

What are Linked Open Data (LOD)

In this context, Linked Open Data can be considered the most innovative level that can be offered for the reuse of data because it is absolutely “machine readable”, that is, it can be re-processed by a computer without having to involve the original producer of the data. The data published with this technology can also be linked to data present in other Open archives through links thus making sure that the enormous cloud of world knowledge grows more and more. With a certain simplification (due to the need for synthesis), I can say that through Linked Data my resource (for example the Avalanche operation event) is connected to another one already present (very often the Wikipedia entry is used as a reference) and this allows then to link my data to all the data present in LOD format that refer, directly or indirectly, to the chosen resource.

My data, my archive are no longer single and isolated entities but are inserted in wider contexts, furthermore the technology that can be used with LODs provides the possibility to access the data directly from a point provided by the data provider (endpoint).

The explanation is a bit complex, but we can help ourselves by resuming the example introduced before, the app developer, who in the previous point downloaded the excel file to get my data; now he can connect to my endpoint to build his routes. One of my places is Salerno and the developer knows, from my data, that this resource corresponds to the Wikipedia entry “Salerno”. There are large Mibac databases on the cultural heritage of the territory, through linked open data I know that some of the objects described are connected to Salerno. At this point the developer can also use this data to describe an increasingly complete scenario of the cultural, historical and natural heritage of the “Battle of Salerno” area. 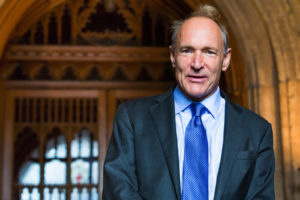 Anyone can use the data of the project of our city to offer new and innovative services and apps.

Sir Tim Berners Lee, universally recognized as the father of the Web with his famous “proposal” to the CERN, has been undertaking an awareness campaign for several years to promote the use of this technology so that its dissemination makes it easier and easier to reuse data present on the Net. This is the global data cloud.

For this reason, it was decided to focus on such an innovative technology. The LOD Avalanche project was managed thanks to the Mubat association (www.mubat.it) by regesta.exe, technological partner of the project with international experience in the world of Linked Open Data. The initiative is also part of the Erasmus plus project “the house of rising memory” that the Alfonso Gatto Institute has been coordinating for almost two years with the Diderot College in Normandy.

In our project the data was extracted from the xDams digital archive and transformed into RDF format to be able to publish them on a public database (triplestore). The data are currently available in the traditional web format and also on a test installation and at the address http://195.78.211.120/lodview/project/mubat.html as well as on the portal created using another Open Source application by regesta.exe, or LODView, a very popular LOD navigation browser.

The release of the technological infrastructure is not a point of arrival, but a starting point because now it is necessary to increase the consistency of the archive so that it can serve its purposes: that is to act as a web reference regarding the Avalanche operation. One of the nodes in the next version of the LOD cloud that you see below will be the Avalanche project in Battipaglia. 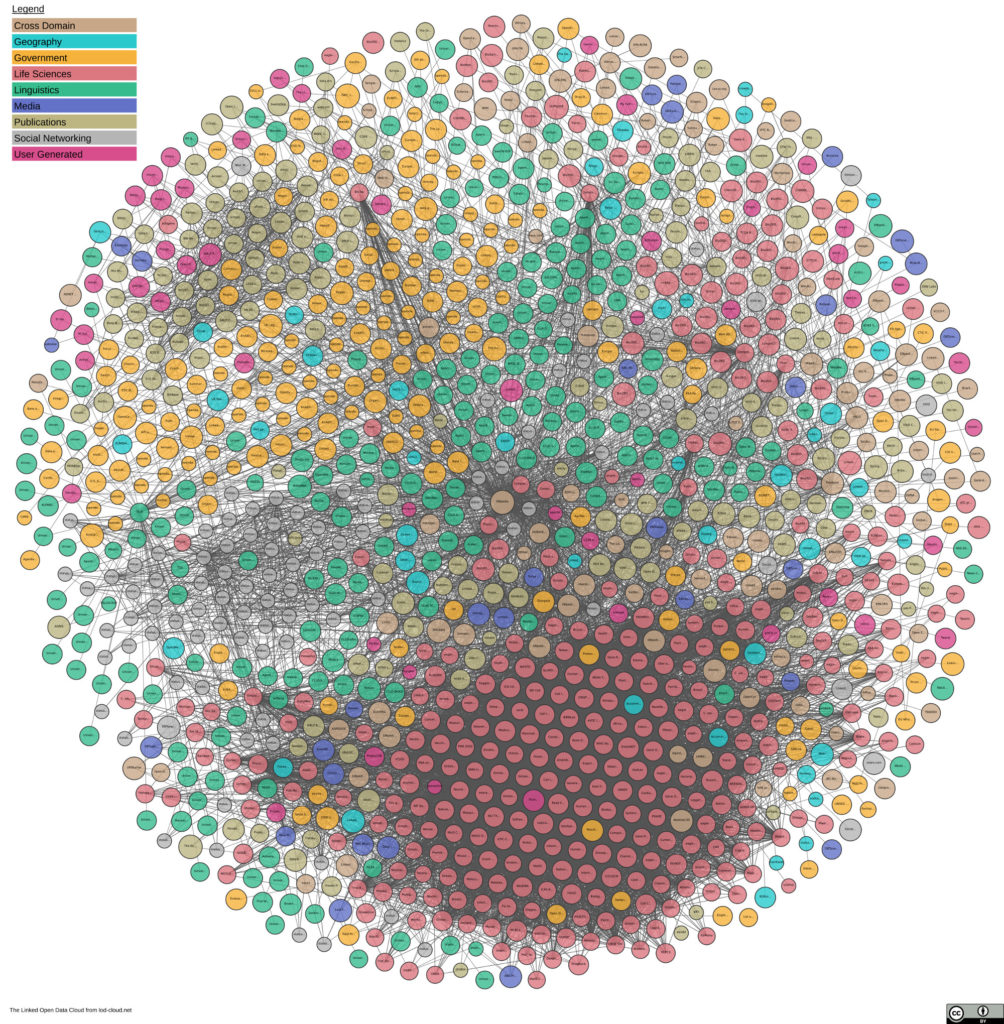